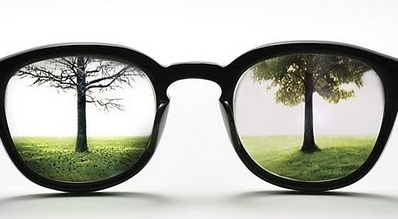 It is my observation that one of the greatest problems with modern Liberal discourse…No, that is far too kind. The modern scourge, a pestilence decaying logical thought, a by-product of an over-tolerant society like toxins from a dying pathogen; what I speak of is moral, social, cultural, historical and indeed any manifest form of relativism.

I’ll say it; relativism is evil. It is the most arrogant, dangerous, dismissive and intellectually bankrupt doctrine on earth, and I wish to contribute to its demise as a school of thought; even if nobody is listening. But enough of the rhetoric, lets explain why. First a definition to refer to:

“Relativism is the concept that points of view have no absolute truth or validity, having only relative, subjective value according to differences in perception and consideration.”

Simply put, relativists reject any form of absolutes; moral absolutes, scientific absolutes and perhaps most absurdly, historical absolutes. You might question whether these people actually exist, well they do, I’ve debated with them; wearing their relativism like a diaphragm rebounding any and all assaults of reason. I apologise, on this I find it impossible not to descend into the vitriolic and vituperative.

Round One. Even philosophically speaking, relativism is at best a circular absurdity and at worst an incredibly dangerous and arrogant precedent. It claims that “everything is relative, nothing is absolute”, yet I would expect a half-intelligent VIth former to realise that this ironically, is an absolute statement, thus disproving itself.

Additionally, relativism gives too much authority to personal and subjective opinions because it claims that there is  no objective truth, right or wrong and ultimately, reality. With relativism, you can essentially claim your own views to be as justifiable as anybody else’s without any recourse to debate or criticism, because after-all, everybody’s opinion is just as objectively valuable as that of any other in a relativist world; regardless of intelligence, evidence and its existence within a logical framework. While this shows how relativism can be arrogant and dangerous, I grant that it does not necessarily prove that it cannot be true; I shall do that bit later. However, I don’t want to base this argument entirely on lofty academic and philosophical semantics alone, as there are plenty of ‘real world’ examples that expose relativism as a non-starter.

Perhaps the most difficult one to explain is moral relativism, so it is where I will start; and I apologise, as it requires another brief dip into philosophy. At first, this seems and is about as close as the doctrine gets, to being at all plausible. It is obviously true that, given the diversity of cultures and experiences on this earth, that many different moral frameworks have developed because of different priorities, religious influences and so on.

As a secular man, I would not stand here and attempt to offer you an absolute morality, such a thing does not intrinsically exist otherwise we wouldn’t be having this conversation; and if you do live by an absolute moral framework, then I ask you suspend our disagreement here so you can agree with my wider point; that philosophy has done a great job at proving there are some universal principles that hold up logically.

Before we get all philosophical again, just think about it for a second, autonomous cultures have developed worldwide, many completely organically and isolated from the others, and general if not universal moral principles still emerge; killing people shouldn’t happen, stealing people’s stuff shouldn’t happen. Yes, the responses to these breaks with ‘morality’ are different, some may imprison them, others execute them, some maim them, a few cannibalise them. Yet we see these principles over and over again in human discourse.

But lets say that they are not quite universal principles and somewhere exists a society that hasn’t destroyed itself through murder and plunder yet, what now. Look no further than Kant, and his principle of universalised maxims he called ‘Categorical Imperatives’. I don’t want to get too bogged down so I’ll paraphrase; if you develop a maxim or belief and then attempt to make it universal, if it contradicts itself the opposite must be true. For example, if “taking human life is permissible” is the maxim, it contradicts itself as if universally applied and everyone killed everyone else, no human life would be left to take. “Stealing property is permissible” doesn’t hold, as if everyone can take everyone else’s ‘property’ the concept of ‘property’ no longer makes any sense.

In short, it is possible to establish logical moral absolutes, and there exists in practise ones so widespread and independently evolved that it is hard to really suggest a relativist model where principles require no logical test at all, is a valid one.

Relativists often find much comfort within the realms of science, because indeed ‘Relativity’ is a core principle of physics without which our understanding of the natural world would fall down completely. I don’t really want to go into a scientific lecture any more than I do a philosophical one; but for example, the relativity of time depending on your speed and proximity to the centre of a large mass (planet/star) is an established fact. Satellites experience ‘time dilation’ of 7 microseconds a day, which we know well as we have to correct their clocks constantly for GPS to work accurately. Relativity is unmistakably part of natural law.

However, relativists should not get excited, there is no reason to be emboldened by this. Principles of relativity only apply in very specific circumstances, and only work because they are based on the fact that some things in natural law are absolute and emphatically not relative; the speed of light, the laws of gravity and laws of mass in this instance. Indeed, the vast majority of scientific theories make no sense in a relativist world.

For example, you cannot apply the principle of relativity to say, evolution, because to do so fundamentally doesn’t make sense. You cannot simultaneously argue that the view whereby all living beings are genetically linked and evolved from common ancestors due to selective pressures in the environment and the view that a benevolent creator designed all life are equally valid theories. It is quite clear that they are mutually exclusive principles; yet relativism would say that regardless, there is no objective truth and both are equally as valid. I refuse to believe that it needs explaining why that notion is absurd. If you had a world of ‘gravity believers’ and ‘gravity deniers’, relativism essentially asserts that believers would stay firmly fixed to the ground, while deniers would spontaneously float away; presumably until they see reason, convert, and come crashing back down to earth. Did Galileo and the rest of Europe simultaneously live in a heliocentric and earth-centric universe… Humbug!

Importantly, I am not dismissing those who are sceptical about science, or indeed even those who deny it completely. While in my view, they are demonstrably wrong, I would wish to have that debate with them, and prove them wrong! Certainly not construct a relativist fudge were were are both ‘right’ which manifestly cannot be true.

Until recently, I didn’t even think this could exist but alas, relativists have somehow invaded the sweet sanctuary of History. As a historian, I find this above all the most ridiculous of positions to hold and simply cannot believe I encountered it from another ‘Historian’, it goes something like this.

“as history is all derived from the subjective experiences and accounts of human beings, there is no objective truth in history”

NO NO NO. A million times no! This is the single most intellectually bankrupt idea I have ever encountered. Of course there are relative experiences of History; of course for those that live within any given period of time, different people experience and interpret that time in different ways; and yes, primarily we use these experiences to learn about History.

However, that emphatically does not mean that there are multiple realities when it comes down to what actually happened. Just because our historical tools are relative, doesn’t mean History happened in multiple ways simultaneously, it’s simply impossible. It’s is the fact that History happened in a certain way that means it effects us all as a common experience, we might be affected differently by it, but it could only have happened in one objective way or else it actually means nothing at all.

This world, where we share so many common experiences could simply not exist if History was relative. Historical absolutes are uncontroversial, Hitler was the leader of Germany, Caeser was emperor; I simply cannot understand where there is room for relativism here. However, on the why of history, it becomes more nuanced. Why was there an American Civil War? Why did Nazis exterminate the Jews? These questions only have multi-causal answers, and rightly, the dialectic of Historians will toil back and forth over them emphasising one factor and then the other as the evidence evolves.

Yet, relativists are arguing that the relative experiences of those at the time, and the relative interpretations of what happened coming from Historians have a baring on the event itself. If that is the case, then the subject itself is rendered useless, obsolete. I am the first to admit that on any given historical topic, we may never find the objective truth of what actually caused event X to occur in the way it did. We may argue one factor today, revise it tomorrow and so on. However, if History is not just an academic pursuit exercised for the pure indulgence of the historian, it has to be an exercise in trying to find how and why an objective set of circumstances occurred they way they did; without that as the goal we can draw no meaningful conclusions from it, and like science we may as well drop it as a pursuit.

Ultimately,  the only real use for relativism is for the intellectually feeble, the genuinely arrogant and disingenuous or those with no conviction whatsoever, to construct a fig leaf of plausibility around otherwise impossible to substantiate claims. As Christopher Hitchens once said…

…and I think to many in academic pursuits and indeed in common discourse, this is an incredibly unsettling hurdle to clear; because it actually requires some thought, effort and articulation to be met. Relativism is the modus operandi of a charlatan or of a vapid fool with nothing interesting to say about anything; it negates debate, it ignores evidence and it is the antithesis to rational thought. Long may it decline and be maligned as the tool of the virulent clod. Put it this way when the founder of Scientology L. Ron Hubbard said…

“Truth is what is true for you”

…you know it’s time to put this one out to pasture.

iThere are no comments

Begin typing your search above and press return to search. Press Esc to cancel.